Blue Star Farms proudly offers quality horses for sale from young/green horses to seasoned show horses.
If you don’t see what you are looking for, please feel fee to inquire. 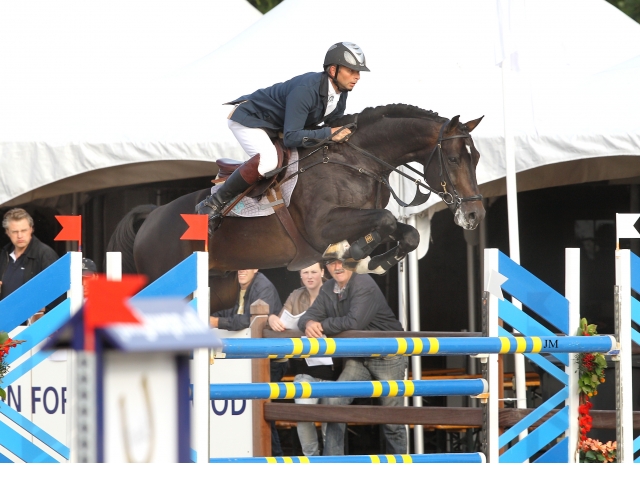 Beautiful Power VK Z “Braveheart” is a 2011 16.2 hh imported Zangersheide gelding by Brainpower. Braveheart has an extensive record in the 1.40 m in Europe and has recently been imported to the US to continue his successful career. Braveheart is brave but careful, quick and handy, has a powerful but comfortable jump, and is simple to ride. He is a confidence builder and always tries his hardest and will put his all into getting to the other side of the jump. Braveheart has the quality and carefulness to be a competitive horse in the 1.40 m for a professional yet is simple and forgiving and would make a highly competitive Jr/Am jumper. He is a horse you want in your barn and is sure to bring a smile every time you jump him. SOLD 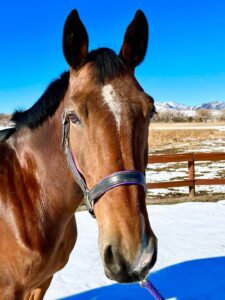 Genve is a 2011 16.2 hh imported KWPN mare sired by Cardento.  Geneve has been shown in Europe to the 1.30 m by an amateur and has a huge heart for her job.  She is light in the bridle, well schooled on the flat, has auto changes, and has a lovely rhythm around the course.  She has a quite temperament, loves to be brushed and cared for, and is very kind with the best mind.  Geneve is simple and fun to ride and wants to be competitive.  She would best be suited as a 1.20-1.25 m Jr/Am Jumper.   SOLD 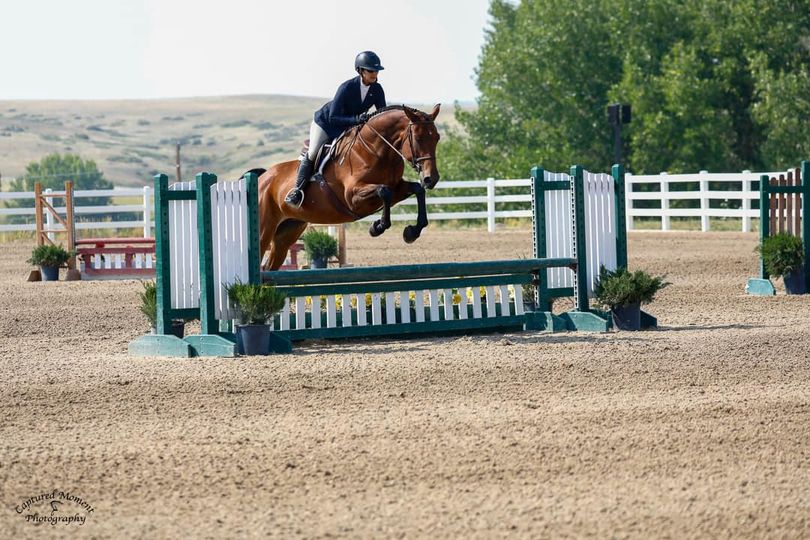 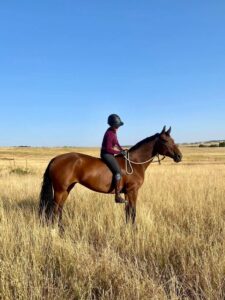 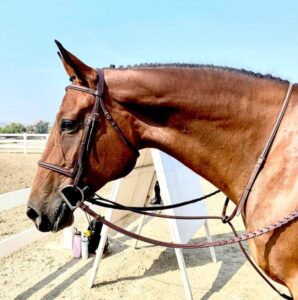 Wreisling is a stunning 2013 16.2 hh registered Hanoverian mare by Waterford. She has a lovely jump, eye catching movement, and a consistent top line. She is simple and kind, and would be a wonderful and rewarding horse for a Jr or Am to bring along. No vices, sweet as can be and really wants to please. Wreisling is a fast learner with a very simple, light mouth and the best mind you can find with no prep needed. Mid-five figures SOLD 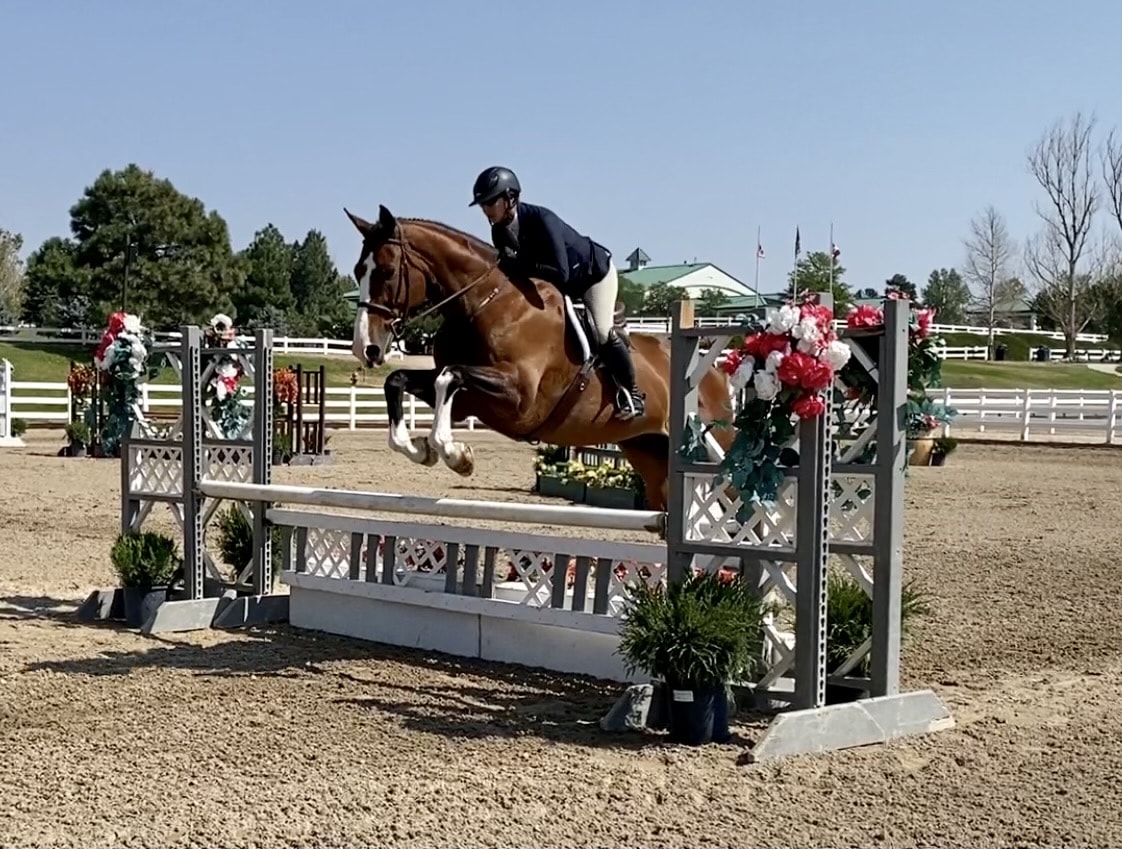 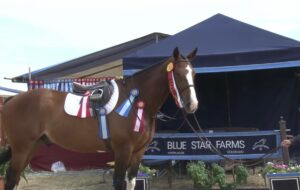 Nemo (USEF #5732144) is a 2013 17.3hh imported BWP gelding with an in your pocket personality who strives to please his partner. With a beautiful blaze and four white socks, Nemo has the flashy look to catch your eye and scope for the 1.10m+. In his first few shows, he’s placed in the 2’6″ hunter derby at the Split Rock Jump Tour, reserve champion in the 2’9″ USHJA hunters at the Denver Polo Club, shown in the jumpers, equitation and hunters. He’s even vaulted! You name it, Nemo can do it. With a love bug personality, Nemo is tall, dark and handsome and the the best addition to any barn. No vices, clips, ties, trailers, stands for the farrier and just an overall gentleman. SOLD 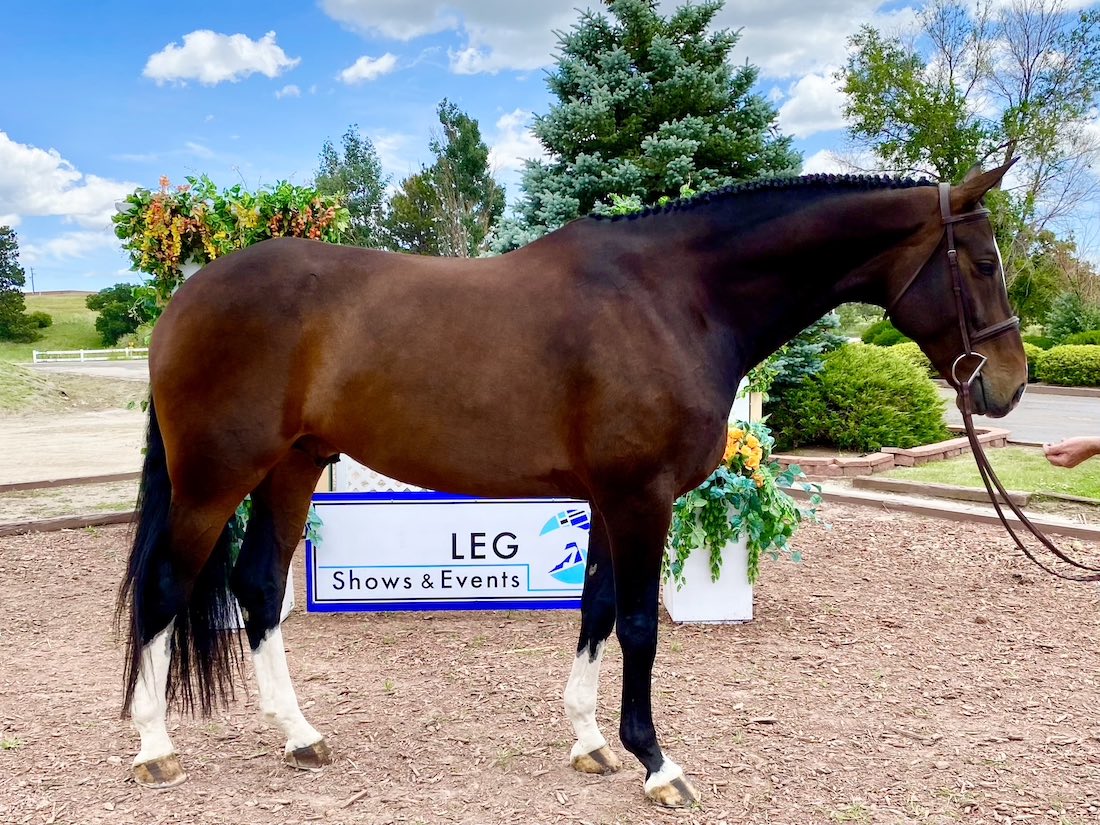 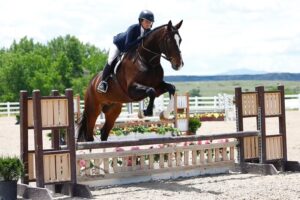 Jermaine is a 2015 18.0+ h imported KWPN gelding. He will be attending his first shows this summer.  His flashy appearance, big heart, and scopy jump make him a terrific three-ring prospect.  He has a great mind and temperament, tries very hard, and is nice to work with and train.  He would be a great horse for a Jr. or Amateur looking for a parter to grow with and bring along.  Jermaine has plenty of personality, no vices, and is a pleasant horse to have in the barn.   SOLD 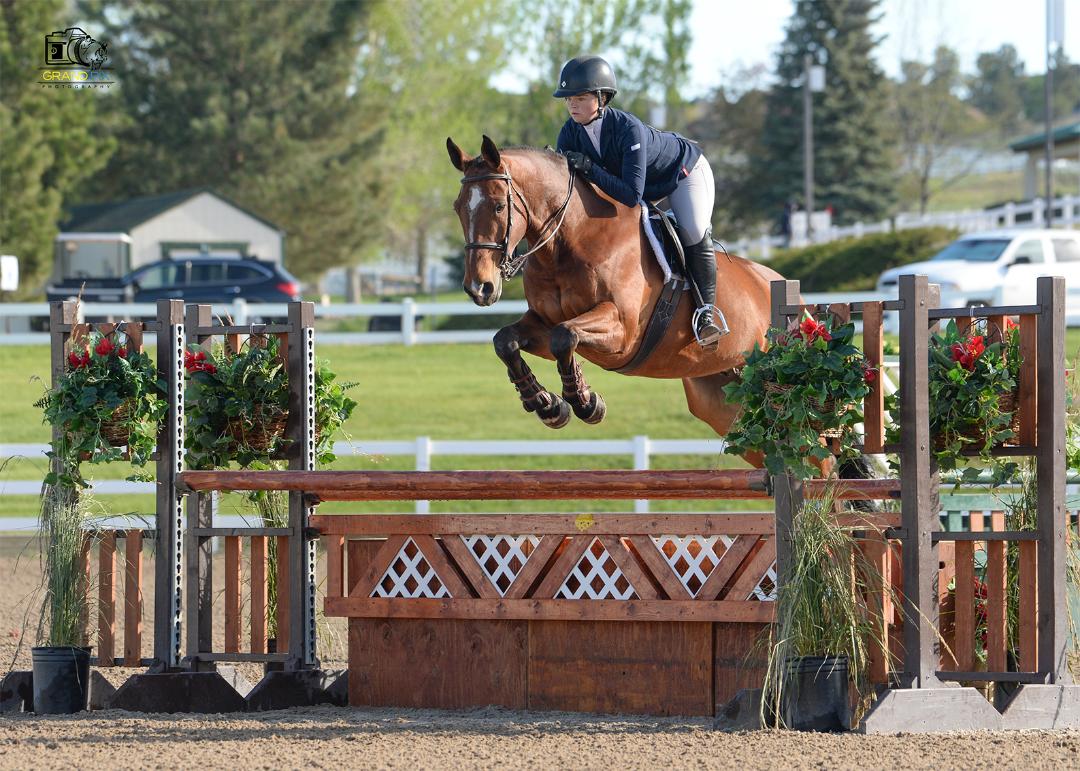 Galileo is a beautiful, kind 16.2 hh 10 yr KWPN gelding.  He recently landed in the US.  While in Europe Galileo competed to the 1.35 m.  At his first show in the US, Galileo competed both in the jumper ring and equitation ring, showing in the ASPCA and Dover USEF Medals and helped the Jr. rider win division champion in the 15-17 equation.  He has a calm and consistent disposition, is brave and honest to the jumps with no peek, and has a lovely, soft feel.  He has a quiet temperament and is a delight both to ride and to have in the barn.  SOLD 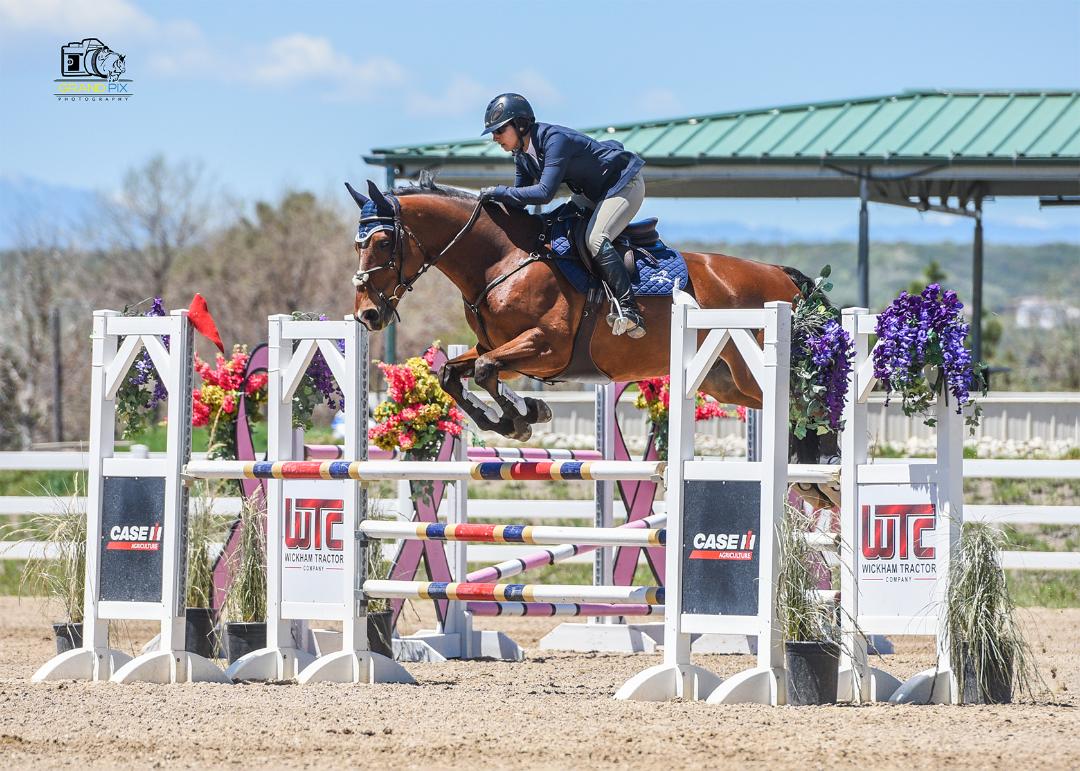 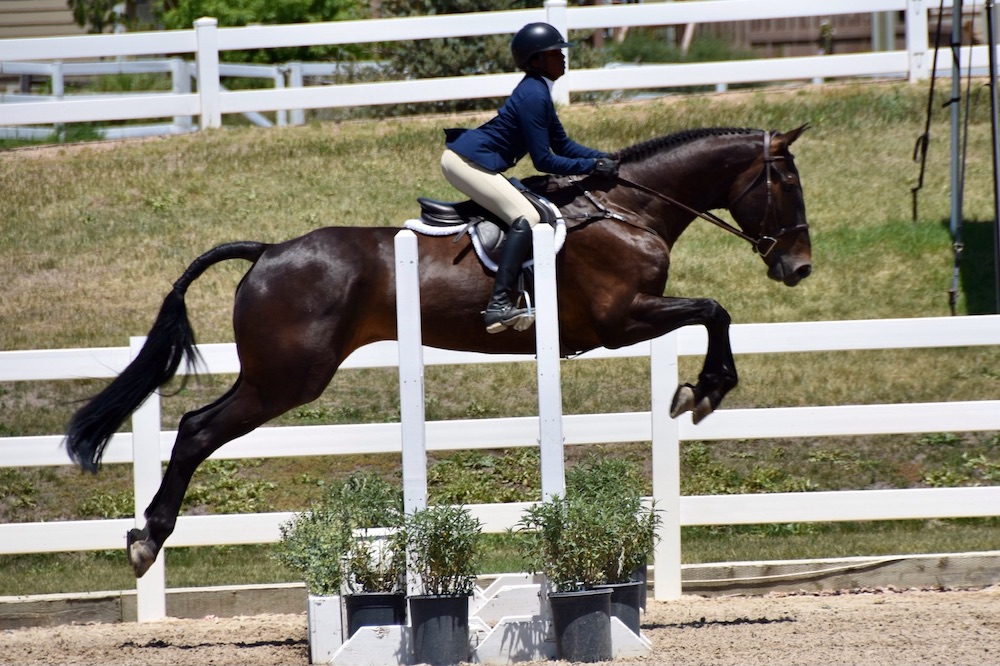 Imperial Night “Adonis” USEF#5508522 is a 2011 17.0 hh imported KWPN gelding (registered name Glenn P) by Tygo (Numero Uno). Adonis is an impressive horse in the ring. He has been shown in the 1.0 m Low Children’s jumpers and in the equation by his Jr. rider; however, Adonis would be happy to step up his career into the 3’6″ equations or 1.10+m jumpers. Adonis is fun to ride, easy to see the jumps on, has great ground manners, trail rides, loads, stands for the vet and farrier and is a very pleasant horse in the barn. His owner is leaving to college. Mid five figures. 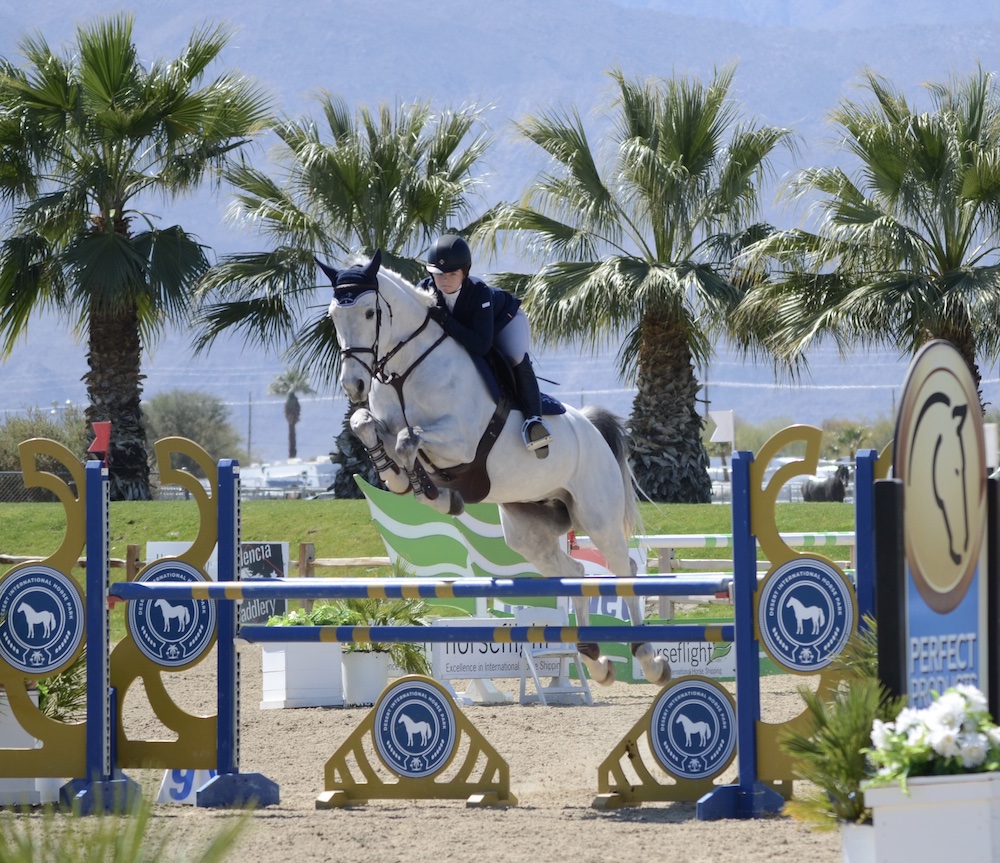 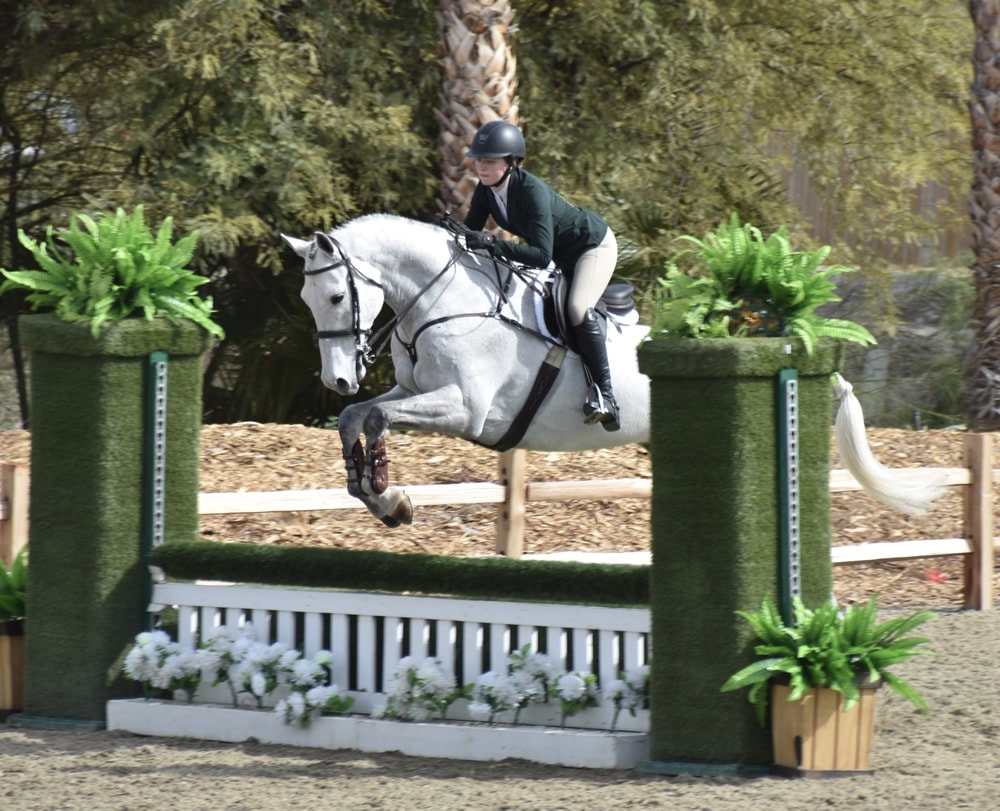 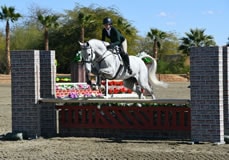 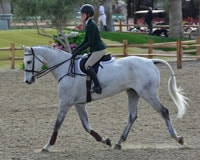 Fidelio is a 2010 17.1+h imported KWPN gelding by Cassini I.  Fidelio is an eye-catching equation horse with a huge presence in the show ring.  He is well schooled on the flat, has a big uphill rhythmical canter, and careful jump.  In Europe he showed up to the 1.20 m jumpers.  Since being imported he has shown in the 3′ eq and .90m jumpers with a Jr. rider.  He would be a lovely horse for the Big Eq with an experienced rider.  Fidelio is kind with great ground manners, and enjoys trail riding and jumping cross country.  He is sound without maintenance.  X-rays are available from 2018.  Priced mid-five figures. 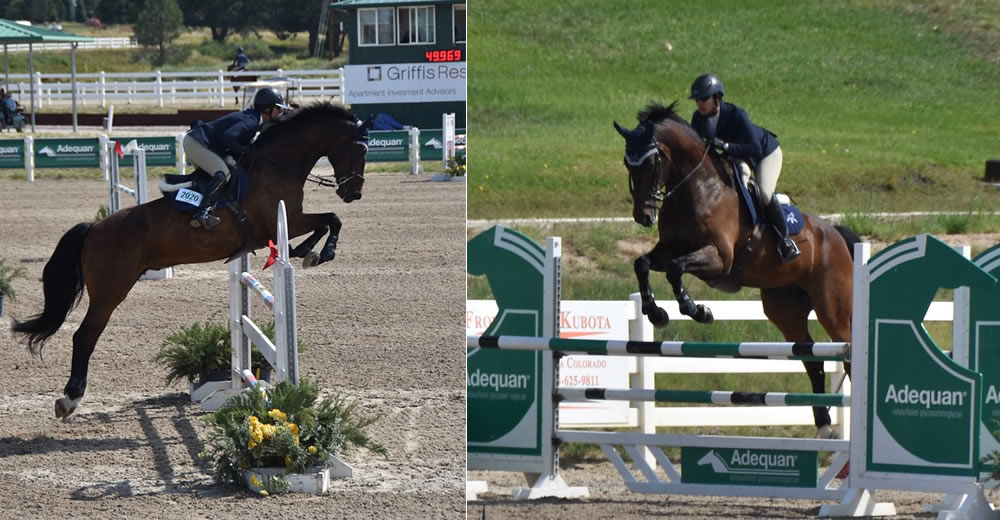 “Filou 1972” USEF # 5501696 is a 2008 ~17.0 h imported Hanoverian gelding by For Edition (For Pleasure) and would be an excellent Medium Jr/AO jumper. Filou competed in Germany in the 1.30 m jumpers with an 80 year old rider before being imported to the US for a career in vaulting. Filou is sadly for sale because his rider is off to college. He enjoys jumping over vaulting, and is now back in training to jump and has been schooling 1.20-1.30 at home with scope for more. Filou would make a terrific Medium Jr/Am Jumper because of his brave and forgiving attitude but is also talented and carful enough for a professional. Filou recently received top placings in the 1.20 m open jumpers as he builds his US resume. SOLD Zoe (USEF# 5443563) is a 16.2 h 2008 Dutch Warmblood mare by Mezcalaro. Zoe has been shown successfully with her Jr. rider in the 1.0 m Low Children’s Jumpers with easy scope to move up to the 1.10 m High Children’s/AA Jumper division. Zoe has a kind and very willing temperament, is not mareish at all, and is an absolute pleasure to have in the barn. She takes great care of her rider and is totally willing to help her rider out. She clips, loads, stands for the farrier, and is sound with no vices. Zoe enjoys hacking in the Open Space and going cross country. She is being sold because her rider would like to shift her focus to the equitation ring. Her family would like to see Zoe go to a loving home. . SOLD Paradiso “Pari” (USEF# 5148130) is a 2006 16.0 hh registered Hanoverian gelding by Pablito. Pari has a beautiful expression and is straight forward and brave to the fences with auto changes. He would be ideal for a junior or amateur rider looking to gain experience and move up to the 3′ hunter divisions. He has been showing with his Jr. rider in the Children’s Hunters and is being sold so she can move up to the 3’6″ ring. Pari is sound with no vices. He clips, loads, bathes, cross-ties. He has been ridden out on trails and cross country and would be a fun and willing partner for his next person. . SOLD Cool Blue “Archie” is a 7 yr/o 16.2 h imported Holsteiner gelding. Archie has been showing successfully with his 13 yr/o rider in the 3’6″ Large Jr. Working Hunters and in the 2nd Year Green Working Hunters. Together Archie and his rider have brought home top ribbons and championships in the Jr. Hunters. He has also shown in the High Children’s Jumpers. Archie is brave, honest, has a huge step and scopey jump, and auto lead changes. He is a great confidence builder, takes care of his rider, and does not require any prep. In Europe Archie showed to the 1.20 m jumpers and has scope for the International Hunter Derbies. Archie’s family is sadly selling him because their daughter would like pursue her interests in the jumpers. They would like to see him go to a loving home where he will continue his show career and be adored by his next Jr. or amateur rider. Archie is kind, uncomplicated, very sound with no maintenance. SOLD

Baldo is a 2006 16.2 h imported KWPN gelding. He would be a terrific horse for a Jr. rider interested in the Big Eq classes. He is honest, brave, and does not require any prep. At his first show in the US he was champion in the 3’6″ Performance Hunter division.  He has finished in the top 12 in both the USHJA National Hunter Derby he has competed in with scores in the 80’s and has additionally competed successfully in the Big Eq classes with a 13 yr/o rider. His kind demeanor, flashy exterior, and simple ride make him both the perfect show horses and great partner for any Jr. or Amateur rider. 22 recent x-rays available. Very clean. SOLD